First Person View (FPV) can be very, very enjoyable and tons of fun. If you desire for a truly immersive FPV experience, the best option, of course, would be to use FPV goggles. But then if you want another person - or even a small group of people to share your experience with, goggles will simply not be enough. You would need an FPV monitor.

FPV monitors are very bright LCD or LED backlit displays that are available in sizes from 5 inches to 12 inches. Since the screen is really bright and most of these come with a sun-shade, you will be able to easily use it outdoors.

Some of the newer FPV monitors are LED backlit - they have a much better light and color gradient over the screen and consume less power. These also happen to be a bit more expensive than LCD monitors - which are far more commonly used. OLED and AMOLED monitors are yet to make an appearance in the FPV segment.

Here are the best FPV monitors for quadcopters ...

Quick Navigation
Here are the best FPV monitors for quadcopters ...
Flysight Black Pearl RC801
EACHINE LCD5802D
HITSAN Skyzone SKY-700D
What to look for in an FPV monitor
Use Your Smartphone as an FPV Monitor
Navigation

What to look for in an FPV monitor 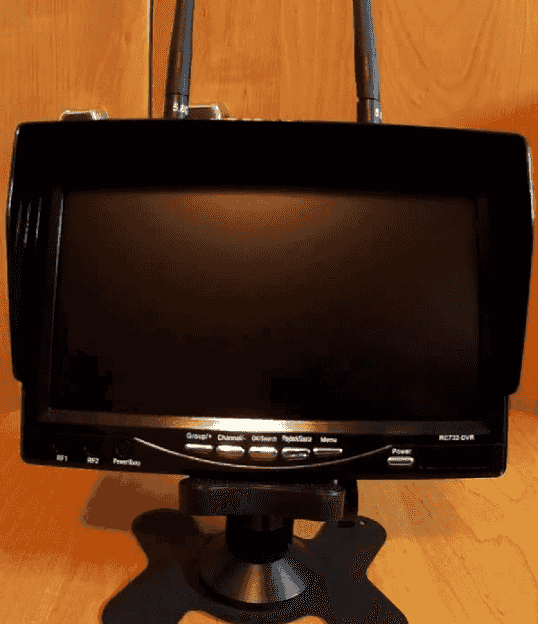 Ideally, you want the monitor to have an FPV receiver built in. This way, you will not have to buy an additional receiver and you also avoid the hassle of having to deal with too many wires.

You would also want the monitor to have a video output which would allow you to plug in your FPV goggles. This way, you can use your goggles for the best possible FPV experience while another person watches on the monitor.

While a single receiver built into the monitor should be good enough for most users, this may not always work well. At times, your receiver may lose signal from the drone's onboard FPV camera and the screen may go blank. You certainly do not want this to happen. It's better to use a monitor that has two receivers instead of one. Monitors with two receivers are called diversity monitors. 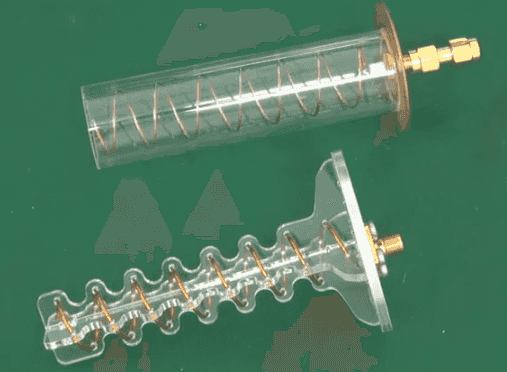 These two receivers work in tandem. The monitor figures out which of the two receivers is receiving a stronger signal and sources the feed from the one that's getting the stronger signal. This improves both range and performance of the system. If you want to increase the range of your FPV setup, you would want to use a helical antenna - in addition to the stock dipole antennas you may be using. Dipole antennas are good enough for short ranges, but not if you want a range of more than a kilometer.

It should not be a hassle to setup and transport your FPV system. If you use integrated systems that have several components built in, you will have to deal with fewer wires and fewer batteries, making moving and setups easy and fast.

You want the monitor to come with an attached sun shield. This reduces setup time. You do not want monitors that do not come with a sun shield as it would be hard to view the display outdoors during the day.

Not everyone may want this, but this can be a great feature to have. You will be able to record video on a microSD card. This can be useful in locating your quadcopter should you crash it.

This is a very important thing you would need to consider if you are going to be using the monitor outdoors during the daytime. You would want the luminance to be at least 200 to 250 cd/m2 (candela per square meter). Anything that's far less than 200 cd/m2 would not be suitable. Some of the better monitors have a luminance of more than 400 cd/m2 (candela per square meter).

It can happen that you may lose video signal from the drone. If this happens, some FPV screens go blue. And they take a while to display the picture when the signal does resume.This can be bad as you might end up crashing the drone. You do not want the screen to go blue if you lose video signal.

Instead, you want the screen to display at least a partial picture even if you are getting a lot of static. That way, you will be able to see through the static and this can help you stay in control and avoid crashing.

This is a measure of the time it takes for a new image from your quadcopter to appear on your screen. For most people, a latency of 100 milliseconds would be acceptable. But if you are into FPV racing and need to fly very fast between obstacles, a latency of 100 milliseconds might be too large and unacceptable. But very few manufacturers would give you this data - and you will need to make your own tests and figure out which monitor is best suited for you.

If you want the smoothest videos, you would want to consider mounting the camera on a gimbal.

Use Your Smartphone as an FPV Monitor

Did you know that you can also use your smartphone as your FPV screen? This is possibly the cheapest option. You will need a couple of things - a USB video capture adapter and a USB on the go cable. You will also need an application that runs on your smartphone - EasyCap Viewer. It runs only on android and there's no iOS support.

You will need to visit the EasyCap viewer website and check whether your android phone is compatible with the software. If your phone is not compatible, there's really no way you can use your phone for FPV at the moment.

The setup is fairly simple - you take the video output and feed it to the USB video capture adapter. The software options are all self-explanatory and the setup is very simple. It's plug and play.

The video quality is fairly good and there's really no lag. And the screen does not go blue when it loses signal. You get static and the display returns as soon as the signal regains strength with very little lag time in between.

If you choose this, you can also record live video. All you would need to do is download a screen recording application from Google Play and record the screen.

If you already own a pair of FPV goggles, then you would not want to buy an FPV monitor if all you want to do is record live footage from your drone. Just use your smartphone as a DVR while you control the drone using your goggles - and save a bit of money in the process.